A beacon of British heritage, warden of our ‘green and pleasant land’, provider of great family days out—the National Trust stands as one of our most celebrated institutions, and now it’s caught in the crosshairs of a ‘woke culture war’. Its offence is the recently published 115-page interim report, which identified 93 properties with significant links to colonialism and historic slavery.

The report doesn’t seek to pass judgement, rather its goal is to highlight how Britain’s countryside benefited from an Empire that caused global suffering. The Common Sense Group though – comprised of 59 Conservative MPs and seven peers – thinks the Trust has overstepped its role as a custodial charity in producing such a report.

“History must neither be sanitised nor rewritten to suit ‘snowflake’ preoccupations,” they argued in a letter to the Telegraph. Concerns were raised during a House of Commons debate, led by Dr Andrew Murrison on November 11th. He labelled the report “flimsy and tendentious”, whilst Sir John Hayes questioned the legitimacy of devoting funds to such research given the Trust’s recent spate of redundancies. A day later, John Hayes claimed, “Britain’s heritage is under attack” and Jacob Rees-Mogg accused the Trust of “intruding into today’s politics.”

These MPs and columnists have done a superb job of manipulating an acknowledgement of historical evidence into a smear campaign on Britain’s past.

As has their echo-chamber of newspaper columnists at the Mail Online and Telegraph, whose descriptions of the report—“woke nonsense”, “national witch hunt”, “embracing an extreme agenda”, “hijacked by the PC mob”, “BLM-inspired list of shame”—perpetuate a woefully ignorant misinterpretation of the report. Least of all because the report was commissioned last year, before the Black Lives Matter movement’s prevalence in the news.

That’s not to say that the report has been produced in a social vacuum but, dismissing it as political correctness, when its aim is merely the detailing of connections that haven’t before been prioritised in the discussion, is both weak reporting and governing.

“What’s really come home to me is the importance of academic rigour, and this is the only weapon we have against politically motivated attacks,” said Professor Corinne Fowler, who is an editor and author of the report, and a lecturer for the University of Leicester’s School of Arts.

Her point drives home the dangerous nature of the attacks—they are using inflated patriotic rhetoric to try and undermine a report based solely on fact.

Prof. Fowler is also leading the related Arts Council funded project Colonial Countryside. Her research focuses on inviting children to understand the global history of Britain and how that’s reflected in the countryside:

“Colonial Countryside is a partnership between the University, the National Trust and Peepal Tree Press, and it’s a child-led history and writing project which aims to make the colonial link of country houses widely known, steered by a team of historians.”

In spite of personal attacks against her determination to examine historical truths, the academic seemed mostly unperturbed. Perhaps because she knows she has the evidence behind her.

“I think it’s very important that we have academic freedom to research topics, and that we aren’t intimidated into stopping our activities. This whole episode […] has just reminded me really of the values I already had,” said Prof. Fowler. “I think this work is a vital contribution to wider academic efforts to research the 400 years that we were an Empire, and to consider the way in which that impacted British heritage, our heritage sites and our philanthropic projects […] and the way we think about Britain.”

The University, and its Vice-Chancellor Prof. Nishan Canagarajah, stand behind Prof. Fowler:

“I can confirm that I have offered my full support to Professor Fowler in relation to her freedom to exercise her academic research and communicate her findings – […] the Colonial Countryside project is an exemplar of how our University community are citizens of change.”

Some of the discoveries made by Colonial Countryside – which is working with 100 children from 10 schools, across 10 rural properties – aren’t too far from here:

“Calke Abbey [Derbyshire] is interesting because it’s got a lot of objects in the house which relate interestingly to East India Company trade and to slavery, and to the British Empire,” said Prof. Fowler. “For example, there’s a globe in the house which shows the red lines of Empire before those lines had finished expanding.”

Another object of interest, this time found at Charlecote Park in Warwickshire, is the painted portrait of a Captain who’s accompanied by a black page wearing a metal collar. Tasked with imagining the boy’s experience, Tom from Colmore Primary School wrote “I am a mystery to some. An inspiration to others.”

If the Common Sense group had their way, the boy would remain a mystery. Thanks to Prof. Fowler’s work, we’re close to uncovering his identity—records show a slave sale in Lichfield in 1771 and a letter identifies that the wife of the Captain had ‘her own […] black page’. Granting back identity to those currently anonymous can be considered one small step on the path towards true decolonisation.

Education means liberation—to suggest the projects seek to rewrite history when they are uncovering it, is absurd. Our past has already been sanitised and we must face the reality of readdressing a written history that is not inclusive of all those who took part in it.

Thankfully, the determination of academics like Prof. Fowler –her co-authors on the Trust’s report and the enthusiastic children – means this vital research won’t be stopped by blustering critics. Colonial Countryside will run until 2020, culminating in the children presenting their findings at a conference. Its strength lies in its truth.

“It’s without a doubt the most inspiring project I have ever done,” said Prof. Fowler. “It’s been the most heartening project […] with an incredibly beneficial impact and, on many levels, it’s been a magical project with a lot of heart as well as a lot of research rigour.”

Rhiannon Jenkins is a final year English student passionate about activism, film & literature and travel. She also acts as Arts & Culture Chief Editor. You can find her on Instagram here: @rrhiannonj. 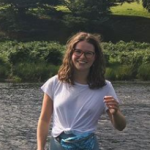 Why don’t I understand the Oscars?