On the 21st January 2020, JoJo Siwa posted a video of her lip-synching to Lady Gaga’s ‘Born This Way’ on TikTok. This choice of song, which has been known as an anthem for the LGBTQ+ community since its release, left many people wondering if this was JoJo’s way of making a statement about her sexuality. Not even 24 hours later, JoJo took to Twitter, posting a photo of her proudly wearing a T-Shirt that read ‘Best. Gay. Cousin. Ever’. With this, it was pretty much confirmed; JoJo Siwa has come out, and now I’m here to tell you why this is so important.

Nickelodeon, who JoJo is signed to, has been nothing but supportive of her over the past few weeks, with one tweet from their Twitter stating that they have “never been more proud”. For a network that primarily caters to children and young teens, this is ground-breaking. It is a well-known fact that for years companies have focused on being ‘family-friendly’, and they have avoided touching on LGBTQ+ topics. LGBTQ+ characters, in general, are a rare occurrence, with Network’s fearing the backlash of prejudiced parents. For Nickelodeon to be so openly supportive, whilst companies such as Disney are still struggling to reach minimum levels of representation, this is a sign that change is happening, even if it is slow.

Despite the support, there was still some backlash. Several parents criticised JoJo, making various comments that stated they would not be letting their children watch or listen to her content anymore. Even this could not shake JoJo’s confidence, and her responses only showed that she was more than determined to live her truth no matter what and encourage her audience to do the same.

JoJo’s role as a child entertainer means that she has a young audience, who will now grow up watching their favourite entertainer expressing her individuality and confidence, a message that she often delivers to her fans. During an interview on The Tonight Show that aired on the 3rd February, JoJo stated;

“If I lost everything that I’ve created because of being myself and because of loving who I want to love, I don’t want it”.

Her discussion of not labelling her sexuality, as seen on her Instagram Livestream, as well as her openly stating that she has a girlfriend, is so important when considering her audience. Many are at the age where they may start to wonder about their sexuality, but don’t know how to label themselves, or how to talk about experiencing these feelings.

When I was starting to come to terms with my sexuality in my early teens, I now realise that I did not have any sort of ‘role-model’ that was catered to my age group. In fact, a lot of the LGBTQ+ culture I consumed early on was adult content on YouTube and Tumblr, as it was all that was available.

Knowing that children can now have access to a young content creator who is openly queer and teaching her audiences how to be proud of their identity, is incredibly heart-warming to see and makes me hopeful for the future of LGBTQ+ media.

Amber Hickman is a third-year Film and English student. You can keep up to date with her attempts of being a writer as well as general ramblings on her Twitter: @ambmarie_ 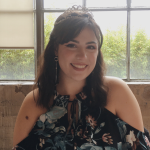 Top 10 escapist albums to get you through lockdown