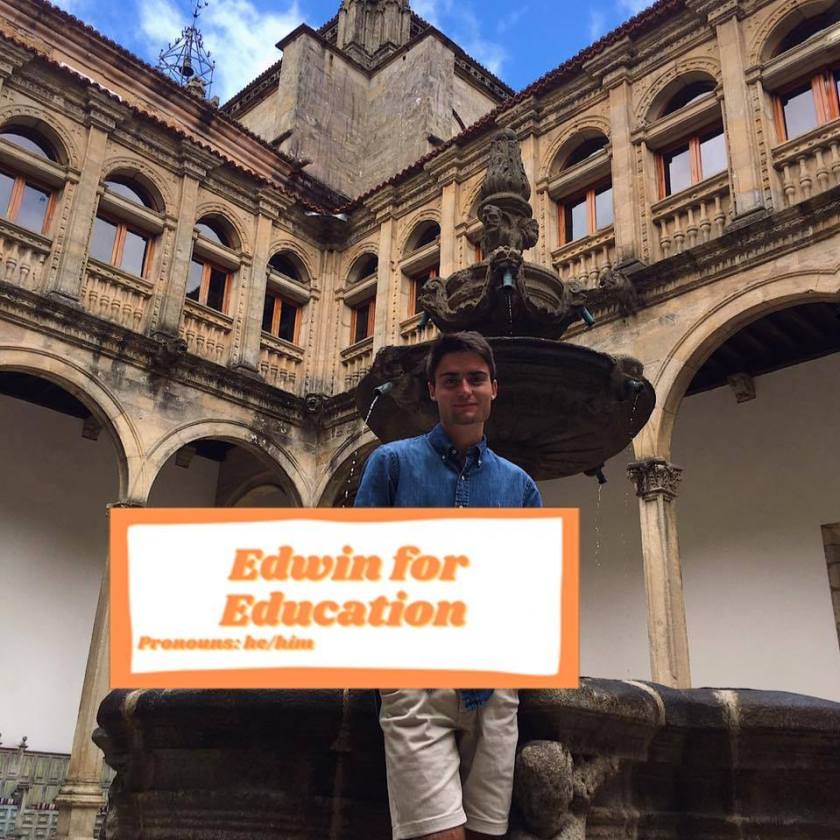 The 2021 Students’ Union’s elections are underway, with nominations announced on 26 February, and running for the post of Education Officer is Edwin Gallego. Edwin is a final year Law student from Spain, who decided to run for education officer because he felt that students are the University of Leicester were not being listened to, and this motivated him to make the difference.

He believes that he can bring about positive change in the role of Education Officer, after seeing the impact that Adnan, the current education officer, has made. He has been thoroughly impressed with the current holder’s work “he did many campaigns, while he was in his position, like let decolonize, and stand against Islamophobia.” These are Adnan’s campaigns that Edwin has that he wants to continue.

Since the pandemic hit, communication has become harder, with many students feeling like they do not feel part of the university. The LeicFess Facebook webpage has become a place for students at the University of Leicester to post anonymously. This created a place where survivors of sexual violence felt comfortable posting about their story, and where recently there have been a recent influx of posts about the Students’ Union candidates.

Edwin wants to use this as a template, “I want to recreate that into a formal student forum where students put out their main concerns and then we can get a debate and actually change those things that are really pressing right now.” He believes that creating a platform like this, will mean that he can deliver on real change.

Communication is something that Edwin feels is his strong suit, especially the fact that he is bilingual, speaking both Spanish and English.

“I know how to communicate properly with people. And I’ve also been part of so many societies since I started University, being part of pro bono, and being part of the Amnesty International Society. So, what I did there was leading teams, organising important events on campus, volunteering.” Edwin reported concluding that this gives him the skills to succeed as an Education Officer.

Edwin thinks that there are three points that all the candidates agree on; mental health, reforming ignite, and inclusivity. He believes that having these common goals will enable him to work together with the other candidates. He says that he does not want to compete with the other candidates, and that he wishes them all well, even offering to work with the successful candidate, if he doesn’t win.

“I think studying at the University of Leicester was one of the best decisions I’ve made.” Edwin said talking of his time at Leicester.

Edwin also spoke of being heavily influenced by a teacher from Spain “one of my teachers back in my high school studied in Leicester. He talked to me about everything. He lived in Digby Hall and studied economics in Leicester. So, he really recommended me this university, and then I saw the law course was really well run.”

This site uses Akismet to reduce spam. Learn how your comment data is processed.