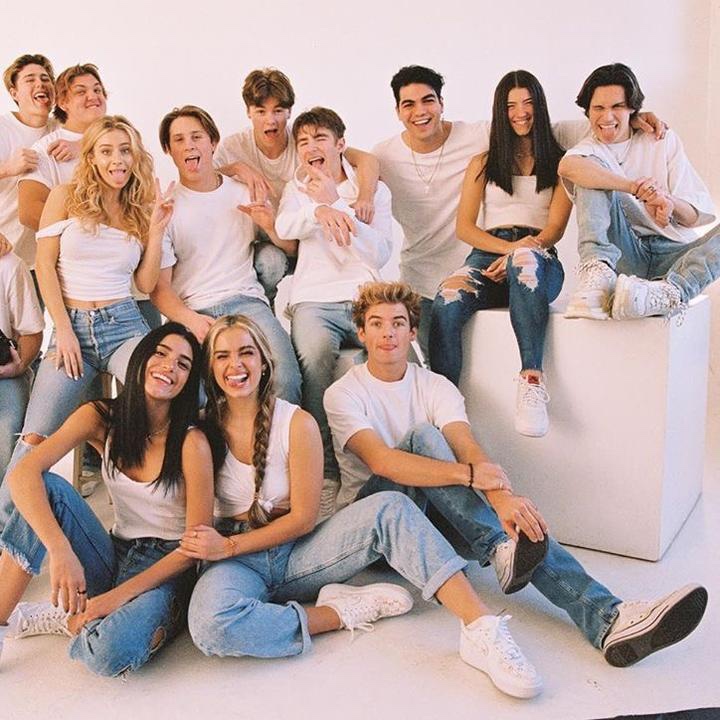 TikTok is everywhere. Even if you’re too stubborn to download the app itself, you probably will still have heard of the likes Addison Rae and Charli D’Amilio. Stars of the video-sharing app are making a name for themselves in the ‘real world’, and it’s safe to say that a noticeable amount of popular content creators belong to, or at least used to belong to, a content house.

‘What is a content house?’, I hear you ask. Most people picture a giant L.A. mansion with a bunch of conventionally attractive 16-23 year old frenemies filming each other all day, and you’d pretty much be hitting the nail on the head. Collaborative houses are often made up of 10-20 or so members, who either live in the house or spend a great deal of day-to-day life there, making it easy for creators to film an array of content together on their respective channels. This ‘content’ varies from dancing and singing, to skits and general entertainment. With the early content houses seeming to be well-intentioned creations stemming from genuine friendships, this has taken on a much more business-centred model with its rising success, with many content house members tied into contracted business arrangements, where they receive a cut of the earnings with the understanding that their influence is bolstered by their association with that particular content group. Ethical concerns arise when the contractual side of these arrangements take place 1. between friends, and 2. involving minors, whom very well can be unknowingly signing themselves away into exploitative deals. This is an ethical issue far greater than this article, but it’s worth noting that there are certainly darker levels at play under the ‘happy family’ illusion often presented, suppressed by NDAs and nepotism.

Content houses certainly weren’t born from the rise of TikTok – stars of YouTube and Vine (gone but never forgotten) have been doing it for years, and it was the controversial content creator and all-round internet nuisance, Jake Paul, who really put the concept of content houses on the map with the creation of the Team 10 House back in 2015. The ever-rotating members often found themselves making headlines for antics such as burning furniture in an empty swimming pool, pulling dangerous and cruel pranks on one another and generally being the nightmare neighbours from hell – all in the name of content. Why? Well, to put it simply, Paul’s blatant attempt at fame through shock value…worked. The ‘incubator of social media talent’ gathered millions of loyal subscribers, and high-profile drama (which all plays out on social media and YouTube, obviously) only added to their notoriety. Sure, popular conception regarding the Paul brothers took a continual decline following their many controversies, but they have still become household names. If they know who he is, a mention of Jake Paul will most likely get you an eyeroll from most people. His more recent controversies include a fake marriage and an FBI raid, but like a bleach-blonde Christ, he rises again… with a boxing career.

Fast forward to 2021 and there has been a definitive shift away from YouTube as a primary source of commercial content, potentially resulting from the creator-related issues surrounding demonetisation, instead western popular culture has seen an exponential boom in usage surrounding the Chinese video-sharing app previously known as Musical.ly – Tiktok. This new app has given way to a much more polished version of the original content house, with the Hype House (the brainchild of ex-Team 10 Thomas Petrou and Lil Huddy, aka Chase Hudson) existing as potentially the most notable name. This preened and privileged new wave of social media talent seem almost born for the role – a generation raised on the ever-changing digital landscape breeds a group of savvy, fame-minded Gen Z-ers dancing in front of their portrait iPhone and finding immense fame for it. Although this is an age where seemingly anyone (if you’re young, in-shape and conventionally good looking) has the potential to ‘make it’ online, there still appears to be the recurrent elitism running through the veins of the digital media influencer circle too, with a noticeable proportion of top social talent in the US being the offspring of political figures and wealthy businessmen.

Furthermore, the implications of these new-found internet celebrities dabbling into other industries that they may not be particularly qualified for, isn’t without it’s controversies. Take Jake Paul’s celebrity boxing career, or Addison Rae’s attempt at a music career and feature as the latest honorary Kardashian, the power and fame sparked from creating innocuous internet content on a video-sharing app is astounding, and begs the fundamental societal question – why do we keep making talentless people famous, and then complaining about their lack of talent? With millions of followers and millions in the bank, it’s no wonder that these online ‘stars’ seek to branch out into industries they can now reach from their pedestal, maintaining the longevity of their online career that the general public seemingly love to hate. You cannot particularly blame these young people for capitalising on every opportunity handed to them; blame the system that so willingly hands it to them in the first place.

Ella is a final year English student with a passion for politics, pop culture and the digital world. She acts as Lifestyle Chief Editor and 21/22 President. You can find her on Instagram here