In the past few years, I have found myself falling in love with film in a way I never have before. Obviously, I have enjoyed going to the cinema with friends and kept up with major blockbusters. But it feels as if I’ve really rediscovered film – as though I had been watching films through a fog before now. The meanings behind the smallest change in facial expression or the beauty of a well-crafted shot have suddenly shown themselves to me. Films can transport us to new places, provide an overwhelming sense or feeling and even appear more real than reality.

With this said I do not understand the Oscars. They have never appealed to me. To me they have only been a vague and fleeting offer of what films might be worth my attention. But the Oscars are important—they are the films held on a pedestal as the best we have to offer. So why do I struggle to get on board with these awards?

The idea of presenting awards for the best film is a just a bit weird. How can we determine that one film, in a subjective medium, is the best? Films, the performances within them and how they are made, connect with every individual differently. And yet every year we choose one as the best. The Oscars removes my personal connection to films – it’s lost behind the extravagance of the event. This is not film for me. Films are subjective and, at their best, painfully personal. The Oscars don’t put any of this display.

Perhaps I don’t gel with the event because it is so American. Now, this shouldn’t be a surprise for me. Hollywood and the US dominate the film industry. After living all twenty-one years of my life with American influences disseminating across popular culture, you would have thought that I would be used to this. Apparently not.

There is nothing inherently bad about the Academy Awards being so American. However, as they themselves claim, the Academy is ‘the world’s preeminent movie-related organisation’. As such, you would hope that it represented the world, rather than predominantly American experiences.

The Oscars do have an international film award to attempt to address this and, last year, the Korean film, Parasite, gained a historic Best Picture win. But to be eligible for most awards, a film has to be played in U.S cinemas. This year’s nominations are still predominantly made by Americans, about Americans for American audiences. This is just a symptom of the U.S domination of, particularly Western, culture. Yet, if they claim to represent the world, I think more should be done to celebrate the world’s film offerings.

Beyond this, diversity has been a massive struggle for the Oscars. The awards are very male, very white and very straight. Chloé Zhao’s win, a few weeks ago, made her the second ever woman to win Best Director at the Oscars. It’s an amazing achievement for Zhao but, again, it doesn’t feel like enough in 2021 to have had only two women win in the awards’ 92 year history.

The lack of non-white celebration at the Oscars was brought to the fore in 2016 by #OSCARSSOWHITE, after two years in a row of all white Best Actor nominations. Since this, the Academy has made a concerted effort to tackle the problem, by aiming to double the number of people of colour voting on awards by 2020. The academy has shown this progress: in 2017, a year after the controversy, Moonlight, a film depicting a queer Black story, won Best Picture and the most recent nominations list has been the most diverse yet.

The Academy has declared its intention to take further steps, by from 2025 only considering films that meet diversity standards. While not issue free, this is undoubtedly a step in the right direction.

Problems remain though. In 2019, Green Book won Best Picture, beating out films such as Black Panther and BlacKKKlansman. While pleasant enough, Green Book’s much commented upon, rehash of Driving Miss Daisy is not problem free. This film recentres the real-life story of Don Shirely, a Black gay pianist in the 1960s, around the perspective of a white man. Come on!

I do not understand the Oscars and maybe they just are not for me. I find that they lose the core and personal nature of film, behind celebrity and showbiz. They’re slow and cumbersome. Unrepresentative and exclusive. But, they are important. They offer a celebration of the films I love and acknowledge the people who made them possible. Upon setting out to write this, I expected to find many faults. There are some and they are significant. However, the future of these awards does look hopeful. The Academy is making serious efforts to make the Oscars more inclusive, and I hope these do see positive effects. Though, only time will tell.

Luke Bailey is a final year History student, usually found struggling to fit playing around with guitars, writing and uni work into the day. You can find him on Instagram here 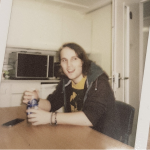