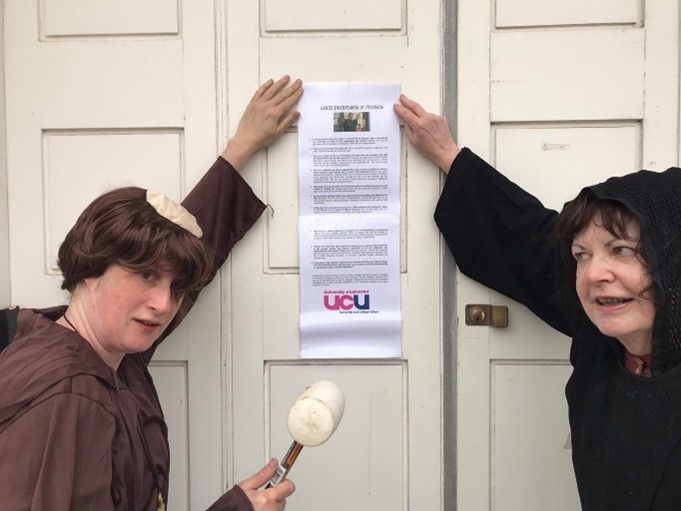 The University and College Union monks nailed (blue-tacked) ten theses onto the Fielding Johnson building door on the morning of 21st April.

The Union is calling for Leicester University to elaborate on ten areas of concern including, governance, absence of strategy and how redundancy plans undermine the future direction of the University of Leicester.

Some of the theses include, how does the Vice-Chancellor of the University, Nishan Canagarajah plan to restore the universities disciplines and why were plans not developed with staff.

The Leicester branch of UCU wishes to engage with the University’s executives in constructive dialogue to address the Case for Change.

For this to happen the UCU state: “Leicester UCU calls on the Executive board to halt the proposed redundancies so that wide and meaningful consultation can be used to develop comprehensive and sustainable responses to the issues facing our University.”

The University of Leicester was contacted to provide a statement but have since not responded.

Emily Herbert is a first-year student of Journalism at the University of Leicester, with further aspirations of pursuing a career in TV