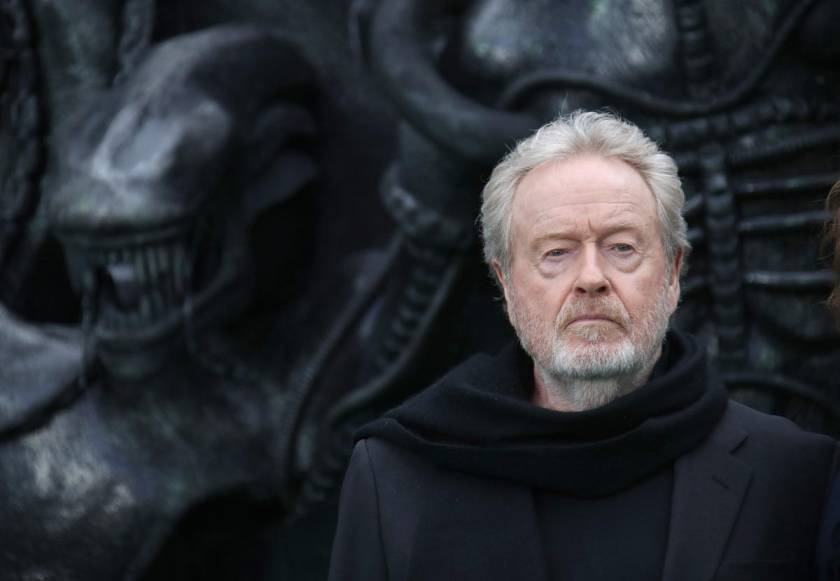 In a world of studio-filmmaking almost exclusively compiled of re-makes and an endless parade of superheroes and franchises, there’s something refreshing about The Last Duel and House of Gucci.

With respective budgets of $100million and $75million and run-times over two-and-a-half hours, it seems almost inconceivable that such genuinely uncompromising and unformulaic studio dramas were produced in the film market of 2021. What makes it even more unlikely and even more incredible is that both films, released around two months apart, were directed by the same 84-year-old man.

The visionary director behind Alien and Blade Runner, Ridley Scott, is still going as strong as ever. Most directors tail off into retirement, whether due to lack of energy or an inability to adapt to the forever evolving world of filmmaking, but Scott still directs with the vigour and consistency of a man half his age. There are comparable contemporaries: Martin Scorsese is as masterful as he’s ever been, and Clint Eastwood marked his 91st birthday by making his 8th film in 10 years. But an important distinction for Scott is that he is still wanted by the studios – not every film he makes is a masterwork of auteurism, but he can efficiently produce a big-budget studio picture better than anyone, with a reliable level of technique and craft he’s constantly developing through years of experience.

“Most directors tail off into retirement, whether due to lack of energy or an inability to adapt to the forever evolving world of filmmaking, but Scott still directs with the vigour and consistency of a man half his age.”

The Last Duel is an incredible display of that craft. Scott goes back to the medieval time he explored in Kingdom of Heaven (2005) and builds on the epic scale and romantic visuals to give us one of the most stunning films he’s made in years. The French landscapes of looming castles, dour skies and dark fields are captured with a dread-infused beauty, creating a fitting backdrop for the unbelievable brutality. The titular ‘Last Duel’ is an all-timer – a benchmark for unflinching violent combat. On a technical level this is up there with Scott’s very best work, but in many ways that’s not what’s most important about The Last Duel.

Using that medieval time-period as a backdrop to not only represent but emphasise institutional bigotry and violence against women is incredibly powerful. There have been comparisons of form to Kurosawa’s Rashomon, with chapters showing respective individual perspectives, and this feels ingenious as a way of presenting those themes in a truly respectful and empathetic way.

The format personally and frustratingly presents the various forms of ignorance, selfishness, and narcissism of both ‘duelling’ men (Matt Damon and Adam Driver) first-hand; and the way they trap and oppress a brilliant woman (Jodie Comer) with their awful, delusional behaviour. It’s powerful and challenging, especially when viewed from the perspective of modern-day gender politics.

The most crucial element is the final chapter – fittingly named ‘The Truth’ – presenting the female perspective. It’s almost unbearable, with an overwhelming sense of hopelessness in the fight for justice and fairness – but it’s necessary. The female influence of Nicole Holofcener on the screenplay an indisputable reason why the film presents the delicate subject matter that could be mishandled so easily with the level of respect and decency it needs, and Scott’s experience as filmmaker was invaluable in finding that balance.

That consistent tone is so important for The Last Duel to succeed, and maybe House of Gucci was Scott’s response to the unflinching seriousness he must have been directing with. There’s a camp eccentricity to Ben Affleck’s character Count Pierre d’Alençon in The Last Duel, which only helps present his vanity and general lack of care or understanding, but his performance feels as subtle as his brother Casey’s performance in Manchester By The Sea when compared to Jared Leto’s performance in House of Gucci. The first time Leto opens his mouth to speak as Paolo it can only be described as jaw-dropping, and amazingly he keeps up his Widow Twankey levels of over-acting all the way through – and even more amazingly, you can argue that it works.

There’s a Godfather or Goodfellas quality to the true story of back-stabbing and family domination of House Of Gucci, and Scott almost acts to satirise this at every turn in a way that feels fitting to the real-life flamboyant ridiculousness that is the Gucci brand. Telling the story of Maurizio Gucci’s (Adam Driver) gradual rise to power within the Gucci empire fuelled by his wife Patrizia (Lady Gaga), whose corruption leads to personal downfall –  a tragedy of murderous greed, but the garish fun of House of Gucci is oddly respectful to the true events.

Lady Gaga’s portrayal of Patrizia is passionate and ridiculous, but the sheer untamed vigour of the performance presents her journey towards jealous insanity with a layer of charismatic unpredictability – a delusional, psychotic female lead that makes for a compelling comparison to Jodie Comer’s Marguerite in The Last Duel, the only trusting voice of reason in the film played with a quiet grace by Comer.

House of Gucci stops functioning quite as well when it tales itself seriously, remembering it must keep up with the increasingly violent betrayals and corporate wars, and thus pretending that it really is The Godfather and not a film that’s paraded Jared Leto around like he’s in a pantomime for the past two hours. But when Scott commits to the almost parodical tendencies he more than succeeds in creating a delightfully entertaining piece of soapy corruption. House of Gucci is undeniably a mess – a film that rushes through years of events with careless ferocity in complete tonal array, but there’s a constant feeling throughout that Scott and his a-list cast are totally relishing this chance to play everything as big as possible refuse to play to the expected standards of biopic filmmaking.

Scott’s diverse filmography eclectically manages to represent just about every genre imaginable, and this feels accurately represented by his latest work. Whilst there are unmistakable similarities in the overall circumstance of both films as big-budget, ‘original’ studio productions; the juxtaposition in tone and form is startling.

There’s a similar difference in box office returns: the subject matter and extreme violence of The Last Duel is a difficult sell in today’s climate which led to a quick and bloody death to its theatrical run; but the relentless bus-plastering and undeniably fun qualities of House of Gucci are leading to more lucrative business. Although the financial failure of The Last Duel will be of undeniable disappointment to Scott, it’s not as if he has anything to prove.

After forty years in the business, he’s still here making films – and more importantly – he’s doing it his way.

Auden Chamberlain is a first-year Politics and Sociology student. As well as writing film reviews, he enjoys playing guitar and is secretary for Band and Gig Society. For more film related writing, you can follow him on Letterboxd: @arjchamberlain.