A man was stabbed at a party at the University of Leicester Nixon Court student accommodation on Thursday evening.

Leicestershire Police released a statement about the incident:

“Police were called at 11.38pm on Thursday (20 January) to a report of a stabbing at an address in Nixon Court, Putney Road.

A man, in his twenties, sustained a single stab wound and was taken to hospital where he remains in a critical but stable condition.”

Investigators are still carrying out enquiries and a cordon remains in place at the scene and a car park nearby. There is an increase in police presence around the accommodation site.

Detective Inspector Rob Arthur, from the Complex Investigation unit, said: “A significant number of enquiries are continuing today… [including] the examination of CCTV and witness accounts being taken.”

While police have spoken to some witnesses who attended the party, they are aware that “many people who were also at the party – and haven’t as yet spoken to us – could have information about what happened, the events leading to it or the people responsible.”

Both the University and police have urged for these people to come forward as any information that provided would be considered “extremely valuable” to the investigation.

In response to growing concerns, Martyn Riddleston, Chief Operating Officer of the University of Leicester, sent out the following statement in an email to students:

“We understand that this will be of concern to our students. The police have increased their patrols of the area, and the University has dedicated support available for students who have concerns or require assistance.”

As a student, if you have any concerns about your safety, contact Student Support Services team or email concerned@le.ac.uk.

If you have any information about the incident, the events leading up to it or the people responsible, please get in touch with the Police. You can do this by calling 101 or going online, quoting incident 725 of 20 January.”

Students affected by this incident can access the following support:

Sophie is a first-year student studying BA Media, Society and Culture from Birmingham. Her biggest areas of interest in media and journalism are breaking down stigmas surrounding feminism, mental health issues and sex positivity. She also enjoys writing and painting. Find her on Instagram: @soph_mouzakitis and on her blog, The Periodical: https://www.theperiodical.uk/ 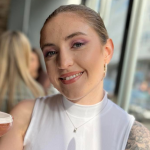