Leicester Student’s Union cancelled the debate: ‘Is the Catholic Church a force for good?’ after some students viewed it as ‘anti-Catholic’ however, after consideration, the debate is back on for 15 February.

The debate was due to be held on 8 February following collaboration from its members and the Catholic Society.

Due to severe criticism and a potential breach of Senate Regulation 11, the SU deemed it as a “matter of urgency” and postponed the event.

The Debating Society released a statement saying: “The title of the debate and the idea was developed in consultation with Catholics to ensure it was a workable topic.

“This is why the question is open-ended so that no one who is either for or against the debate feels hemmed in by the topic.

They state the title was taken for two reasons:

In response to this, Joshua Mccauley, a spokesperson for the Catholic Society, stated: “We are defenders of free speech, however, the issue we have with a question of this sort is the hypocrisy that such debates often bring forward.

“Unfortunately, in British Universities, there is an anti-Catholic / anti-Christian rhetoric that all too frequently goes under the radar compared to anti-Semitism and Islamophobia.

“We will not sit back and allow people unjustly to smear our faith.”

“An alternative acceptable question should be, ‘Whether religion is a force for good?'”

“We are concerned that this topic has the potential to cause distress, anxiety and have a detrimental impact on the wellbeing and safety of many.”

Bramwell invited the Debating Society to a meeting to discuss the distress that may have been caused and after consideration has placed the debate back on for 15th February. 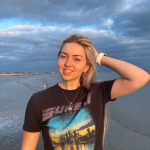 University of Leicester fails to sign up to COP26 declaration