I always felt shame around the music that I would listen to.

I didn’t want to fit into a box of being a ‘typical teenage girl’, little did I know that was because of internalised misogyny. Internalised misogyny is an inner prejudice women can feel which can then be reflected in their actions, whether it is a mistrust of women or favouring men for a job, for example. When I did listen to music that I enjoyed (such as K-pop) I was always questioned or given weird looks, and it made me not want to listen to it anymore.

I think younger me didn’t want to be stereotyped as a ‘fan-girl’ and a ‘crazy fan’ which tends to happen with girls enjoying particular styles of music, such as boybands and pop singers. I had a The Wanted phase when I was nine and, looking back, I was a kid who enjoyed music. However, to people on the internet, I was a ‘crazy fan girl’ who wasn’t allowed to appreciate music that I enjoyed.

Now that I’m an adult, I’m allowing myself to enjoy the music I want to and not care about what anyone thinks. When Taylor Swift rereleased Red, I was thrown back into why I loved her so much – because I just love her music and the emotion she creates.

I would suggest to anyone who was shamed for listening to any sort of music when they were younger to try again and evaluate why you stopped listening in the first place.

Grace Robinson is a second-year English student. She is passionate about feminism in politics and society. You can find her written articles here. 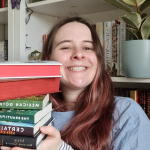