Last Saturday (19 November) saw award-winning musicians, Saul Milton and Will Kennard – professionally known as the electronic music duo, Chase & Status – performing live at the O2 Academy Leicester. Their headline set was brought to the campus-based venue to commemorate ten years of Beastwang: rave specialists who have been hosting the biggest raves around the country since 2012.

The event featured guest DJs including Notion, Plastician, BOU and many more talented artists. The event kicked off with the incredibly talented up-and-coming drum and bass artist JAW-D, who successfully lit the spark that continued to burn for the rest of the night.

Notion and MPH were back-to-back performances, spinning classic club beats that anyone can dance to, with Notion upholding the energy by playing his absolute bangers “Hooked” and “Burning.” MPH immediately followed up with a more sombre vibe, with tracks like “Nova” and “Barrington.”

The sheer variety made the event fun for anyone and everyone, with a diverse mix of energy throughout. They even brought lucky members of the crowd on stage to sing, dance and just have a great time. Personally, I did find it a little funny when people waltzed around stage because they may have had a little too much to drink.

This rager ran from 9pm till 5am and the energy never ceased; the dance floor was electric all night with everyone in the club immersed in the music. Midway through the night, Chase & Status entered center stage in the main room and the crowd went wild – the atmosphere was very animated, with everyone cheering and screaming at their arrival. The duo opened with longtime fan favorite “Blind Faith” (from their most popular studio album No More Idols) which sent the room into a frenzy. I could feel the collective excitement radiating throughout the performance, with plenty of added special effects and pyrotechnics on stage.

It should be noted that the dance floor did begin to feel a little uncomfortable at times, as people were getting slightly aggressive with their dancing to the point where personal space was no longer viable and being pushed around became unavoidable. But, in my experience, this is standard for most gigs: in a busy venue where some may be a little drunk, there is no real harm in letting the music take over.

All in all, watching everybody in the venue become completely absorbed by the music and dancing their hearts out is a testament to Chase & Status as performers and artists. The supporting acts deserve their credit for setting the stage for their arrival and, of course, all the technicians and staff involved in ensuring that this was a safe and fun experience for all. With a friendly crowd experiencing shared enjoyment for the artists playing, it created a great atmosphere, and I thoroughly enjoyed the night.

Shakeer Sayani is a first-year Journalism student. His biggest interests are social commentaries and breaking down stereotypes whether they be based on race, gender or sexuality. He also enjoys languages and video games. For book related reviews, find him on Good reads: shaktys, otherwise find him on Instagram: @shak.tys 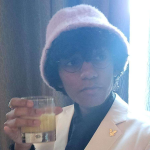 BBC announces Ncuti Gatwa is the next Doctor – “The Future is Here”.

The Male Gaze in Hollywood